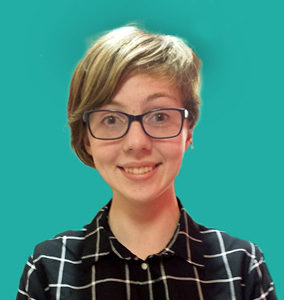 The inspiration behind “Sylvia Petersen”

The inspiration for the Sylvia character is Sylvia Todd, who became an Internet sensation at age eight when she created her own web show, Sylvia’s Super-Awesome Maker Show. Since then, she has shown her science projects at the White House, written her own science book, and been profiled in the New York Times and People magazine.

“I’ve always been interested in making and doing things hands-on,” says Sylvia. “I think the best way to ignite kids’ imaginations is through making things.” Sylvia’s passion for making things began with her father, who enjoyed building and creating things when he was young. One day, when Sylvia was five years old, he took her to a Maker Faire, where people who design things for fun gather to show off their creations. Sylvia was hooked, and she decided to make her first project: a solar-powered robotic car. “It was fun and scary and frustrating–but I made something,” she says. “By failing and pushing through the hard parts, I learned a whole lot. So really, it wasn’t a failure at all.” Soon Sylvia and her father decided to make their own Web show, where they created electronic projects and taught other kids how to do it, too. Sylvia’s Super-Awesome Maker Show has enjoyed millions of views online.

Sylvia creates everything from circuit boards and rocket ships to an LED shield and lava lamps. “Making real things out of junk is what I love,” she says. “Overcoming your own problems only to create something so real and personal in the end, however small, feels huge and wonderful.” At age twelve, Sylvia became an author by launching a series of full-color children’s books, Sylvia’s Super-Awesome Project Books. She enjoys being a Girl Scout and is the eldest of four children. She wants to be an astronaut or aeronautical engineer when she grows up. Until then, she continues to encourage other kids to learn through making. Her biggest piece of advice to other kids is what she’s been saying for years on her Web show: “Get out there and make something!”